Skip to content
Home | blog posts | Is It Time To Hack Your Fitness?

Is It Time To Hack Your Fitness? Today I am interviewing author Jay Kim who wrote a book all about how to hack your fitness called Hack Your Fitness: The High Achiever’s Guide to Getting Ripped in Under 3 Hours A Week. Jay is not one of those people that spends all day in the gym, in fact he is here to talk to us about how we can get maximum results from just a few hours of work each week.

JK: One of the big things about my podcast is that I always try to share with everybody the options out there for them regarding fitness and what they can do to hack their fitness. Your book is in alignment with everything I talk about here. Tell my audience a little bit about how you got started.

Kim: Thank you for having me on the show. I always tell people that I am definitely not a “fitness guy”. I’ve always been interested in fitness, but it was really just for my personal vanity and because I wanted to look good. I’m a desk jockey and I work in finance as an asset manager. I started my career off on Wall Street. At the time I was living in New York, I was young and in my 20s, I had a fast metabolism, and I was partying a lot and enjoying life. Fitness was always a career accessory for me. What I mean by that is that it was something I did because there was peer pressure. I would go to work and I would see my colleagues who had their gym bag next to their desk. It was one of these things where I thought I should go to a gym because that’s what everyone was doing. That was all fine until I started looking at my physique and it started changing because I was not taking care of my body at all.

I spent about five years of my early career reading men’s health magazines and cherry picking workouts but never making any progress. In fact I was moving backwards because I didn’t know anything about nutrition. I thought that I could just go to the gym, workout, and one day I’d magically look like that cover model. It wasn’t until several years later, when I lost my job during the financial crisis and was at my heaviest, that I had a wakeup call. I had always blamed my career for not having time to take care of myself. I didn’t have that excuse anymore. I started researching fitness and nutrition. My understanding was very rudimentary. So that was where I first started my fitness journey. I was reading a lot of books on nutrition and I started to understand more. However, this led me into another round of wheel spinning on my fitness journey. I was doing excessive amounts of cardio and I was lifting. I was working out around 6 days a week. I was doing 6 small meals a day. I thought that I could eat as much clean foods as I wanted to and I would be fine. I just had to avoid the bad foods. I continued doing this for another 5 to 6 years. I was spending so much energy on my diet. My wife, who was my girlfriend at the time, was getting increasingly annoyed at my dietary restrictions. She actually was the one that called me out. She said, “You know, for someone that spends the amount of time that you do on fitness, you don’t actually look that fit.” It hurt because it was the truth. I took a step back and I realized that she was absolutely right. I had spent over a decade trying to figure this fitness thing out. I was the guy in my social circle that people would come to and ask fitness questions. But I was embarrassed to take my shirt off at the beach. I was working out 5-6 days a week, eating clean, and ticking all the boxes, but I didn’t have that body. I thought it was impossible. I used all the excuses. It was then that I did a lot of research. I started figuring out the real science. It is simple science behind nutrition and fitness. It all starts with energy balance and calories in, calories out. When people get down to that level where they’re willing to crunch the numbers and make the commitment, they’ll start to see results.

JK: Absolutely. I have been saying this for years to my patients. I tell them that what is not tracked can’t be managed. So many people come into my office and have tried all the workout programs and the diets, but they’re not losing weight. I ask them if they’ve ever tracked their calories and they say that they were on a diet for a week. It’s not a diet, it’s a lifestyle!

Kim: My system is very simple. It was something that I designed and put together for myself. The purpose of the book was to solve people’s pain points that were the exact same as mine. Its for the regular guys that want to look good and be fit. Their whole life isn’t fitness. There’s more to life than fitness. I have a family and a full time job and I don’t want to be obsessing over fitness. After I developed the program, I wrote the book. I find such freedom now in my fitness where before I was shackled. I felt trapped by everything and I would spend hours reading articles online and it would consume me. Now that I’ve figured it out, it’s actually not that difficult.

JK: That’s the beauty of it. The best part is looking at your book and realizing this is not a diet. It is a concept of calories in, calories out. Although it has been written in many magazines that it doesn’t matter what you eat as long as you eat clean, and you’ll lose weight. It’s not that way. Tell us a little bit about the basal metabolic rate.

Kim: That’s a good question. There’s two truths about calories that people don’t know or maybe aren’t aware of. The first truth is that people don’t actually need as much food as they think they do. When you actually crunch the numbers you’re going to realize that you don’t need many calories. The funny thing is that we live in a society of marketing monsters. The consumer brands and the large corporations have fooled us into thinking things like breakfast is the most important meal of the day or you need 3 square meals a day. Human beings actually don’t need as much food as we think we do.

The second truth is that human beings almost always grossly underestimate the amount that they’re actually eating. I like to teach them the real truth behind how to count calories. The first thing that you have to do is calculate the basal metabolic rate. There’s many calculators online to figure this out. This is your baseline if you want to maintain weight. The activity factor is essentially based on how active you are. If you are a decathlete or a professional athlete then you’re going to be expending a lot more energy than a desk jockey like myself. You have to adjust your energy needs for your activity. When we throw in that activity level you’re accounting for that. After you calculate the amount of calories that you need and you throw in the activity factor, then you deduct a certain amount of calories on a weekly basis to ensure that you’re in a caloric deficit. A ballpark figure we use is 3500 calories because that is estimated to be one pound of fat. So at the end of every week you want to be at a caloric deficit of around 3500 calories. That’s the way you start. The law of energy balance, which is calories in-calories out, is the most important law and the highest overarching law and principle of nutrition. So if you can simply abide by that you can still be successful.

JK: And I think that’s huge because I have a lot of people who are eating clean but they aren’t losing weight. That’s what I want people to hear. You have to track what’s going in your mouth because you will grossly underestimate what’s happening.

Kim: When you start exercising you’re going to gravitate towards natural foods. It is just a matter of satiety. When you’re working out your body needs a certain amount of fuel. Once you start working out, you’ll see. On the training side I do very traditional compound lifts, but they’re quite intense. I want to get you lean in the shortest amount of time possible. It’s not going to be easy, but it’s going to be the quickest way that you get lean. In order to do that you have to lift pretty heavily. In order to fuel your body for that, you’re going to need more than just a slice of pizza a day. You’re going to need a lot of food. Nutritionally speaking it’s going to be better for you anyway.

JK: Jay thanks for being with us. For my audience, you can check out Jay’s website for a free 13-page guide that tells you exactly what you need to do to get started. You can also purchase his book online and sign up for video courses.

To hear the full-length interview with Jay Kim and learn more about his lifting routine, listen to the podcast. 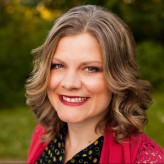 Ep 325: How to Rejuvenate and Protect Your Skin with Chris Gibson Ep 324: Are You Overlooking the Basics When it Comes to Balancing Your Hormones? Ep 323: Don’t Try Growth Hormone Supplementation Until You Listen to This Podcast with Dr. Bruce Fong Ep 322: Get Past Your Fears, Worries and Self Sabotage Without Spending Hours in Therapy